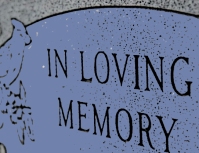 Norman and sylvia return to Minnesota to attend a funeral

Tuesday, May 5, 1981—changed oil and filters on the truck. Nadia called to tell me that Roger Shequen had been killed in an auto accident. James will drive us to the airport to go to Minnesota for the funeral.

Wednesday, May 6, 1981—we didn’t have any cash on us so we gave Roy a check and he gave us cash to pay for the airline tickets. James drove us to the airport and Anchorage. We arrived in Minneapolis at 1:00 p.m. and went to Beverly’s first, later to Nadia’s.

Thursday, May 7, 1981—up at 4:30 a.m., went to the funeral for Roger. This was a very stressful time for us. We paid our respects to Roger’s family and parents and then while we were near Motley, we stayed with Taymond and Clara Hanson that night. (We had bought their farm from them some years ago).

Sunday, May 10, 1981—Beverly and Theresa and their families were all at Nadia’s for Mother’s day. Paul’s family went to Leader to be with Ruth’s family.

Monday, May 11, 1981—went back up to the farm, looked up the renters and so forth all day. Took Ernie H. and his wife Diane out for supper. Sold some hay that I had for sale. Returned to Minneapolis at 3:00 a.m. on the 12th.

Tuesday, May 12, 1981—up early and still tired, made some calls and went over to Paul and Ruth’s and back to Nadia’s. Beverly and Vanessa came over for supper.

Wednesday, May 13, 1981—Nadia’s husband, Darrell gave me a book on wilderness living. That was thoughtful of him. Flew home to Alaska. James met me (Sylvia is still in Minneapolis) at the airport and we did some shopping for groceries. Then we went to Nelchina. It’s great to be home again.